When SVT, Shelby and Ford combine their efforts to put a car together you can be sure that it will be a top notch vehicle and that is the case with the 2013 Mustang Shelby GT500 which still is one of the best modern muscle cars today. The 2013 Shelby GT500 also marks the 20th anniversary of Ford’s Special Vehicle Team and when released the model was the most powerful production Mustang ever as well as one of the most anticipated modern muscle cars in the world.

Check out the video review or scroll down to read more

With a few styling changes done to the exterior for a meaner look, new set of gorgeous SVT wheels 19-inch in the front and 20’s in the rear, awesome stance and few aerodynamic mods done by SVT to keep the Mustang GT500 closer to the ground one thing is for sure this is a head turning modern muscle car, which not only is a screaming performer, but it is quite affordable compare to European sports cars for example.

Inside the 2013 Shelby GT500 looks very similar to the 2012 model, but still offers few new features. A nice Recaro bucket seats done in leather and alcantara, a bit more chrome trim and new SVT gauges give this Mustang more sporty inside appearance and few additional options like the Shaker audio system and Navigation are added for your driving pleasure.

Back in 2013 those numbers titled this engine as the most powerful production V8, allowing this modern muscle car to reach 200 mph top speed and 0-60 mph for 3.5 seconds. 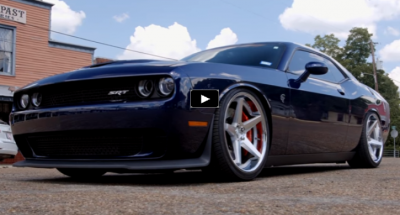 When it comes to modern muscle cars the Dodge Hellcat Challenger will always ...

When Chrysler introduced the Dodge Hellcat Challenger this 707 horsepower beast became the ...

When debuted back in 2004 the first generation of Cadillac CTS-V Coupe powered ...

When SVT, Shelby and Ford combine their efforts to put a car together ...